Currently the sixteenth largest economy in the world, Indonesia continues to become an increasingly popular choice for savvy entrepreneurs wanting to break into Asia. Market observers expect Indonesia will become the world’s fourth-largest economy by 2050. Entering into the market sooner rather than later will offer significant returns on investment. Moving early enables you to capitalize on the growing market potential before your competitors enter the mix.

With an economy that has grown more than 5% per year for the past 10 years, it’s clear why Indonesia is a firm favorite among foreign investors. Below, we share just some of the reasons why you should consider investing and doing business in Indonesia in 2019. 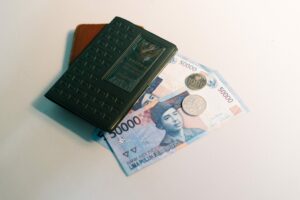 Indonesia is projected to become the world’s fourth-largest economy by 2050.

Do business in Indonesia’s growing sectors

As one of the world’s fastest-growing economies, Indonesia offers significant opportunities for businesses in a wide range of sectors. The country plans to complete construction on 15 new airports by the end of 2019 and add another terminal at Soekarno-Hatta International Airport in Jakarta by 2021. Businesses in the construction sector can capitalize on the demand for experienced contractors, technicians, architects, and project managers.

The country’s education sector is another of unprecedented recent growth. With over one third of a million schools and universities, the country has the fourth largest educational system in the world. The sector not only requires new teachers, but more resources, training, technology, and construction to educate the next generation of Indonesians. Tapping into the market and entering into a government contract could be incredibly lucrative for businesses with the right strategy.

According to the Investment Coordinating Board of the Republic of Indonesia, the country is also expanding infrastructure across roads, shipyards, and rail over the next decade. This focus on public spending offers contract opportunities for businesses in construction, research, technology, finance, and hospitality. Thinking outside of the box and looking for ways to capitalize on current market gaps is key to your long-term success. Consider how your commercial niche could be adapted for these areas in Indonesia.

As a member of the Association of Southeast Asian Nations (ASEAN), Indonesia trades with nine other member states with minimal or zero tax. Other member countries include Thailand, Malaysia, Singapore, the Phillipines, Vietnam, Myanmar, Cambodia, Laos, and Brunei. Businesses looking to export their goods to other South Asian markets will be able to do so with ease with an Indonesian presence. With ASEAN alone, Indonesia’s traders can access a population of more than 650 million and a 2018 combined GDP of US$2.92 trillion. 60% of global growth is expected to come from Asia by 2025.

Through its connection to ASEAN, Indonesia also has preferential trade access to India, China, South Korea, Japan, Australia and New Zealand. These countries have all struck deals with the Association. 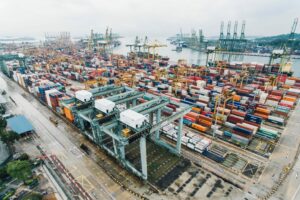 In March 2019, Indonesia concluded its free trade agreement with Australia, who has set out immediately to remove all remaining tariffs on Indonesian imports.

In March 2019, Indonesia concluded its free trade agreement with Australia, who has set out immediately to remove all remaining tariffs on Indonesian imports. The two countries are looking at opportunities for further cooperation and trade.

In December 2018, Indonesia signed a Closer Economic Partnership Agreement with the European Free Trade Association (EFTA).Though entry into force is pending, this partnership will open up trade routes into Europe for the country, giving businesses an expansive reach into diverse markets.

Ease of doing business in Indonesia

According to The World Bank Group’s Ease of Doing Business ranking, Indonesia ranks 73 in the world to do business, ahead of the Philippines (rank 124), below China (46) and Malaysia (15). The country is on an upwards trend for ease of doing business, ranking 128 in 2013 and 91 in 2017. This positive trend demonstrates the improvements the government has made to local regulations governing the commercial environment.

According to the Country Director of the World Bank, Rodrigo Chaves, factors such as establishing contracts, acquiring finance, paying taxes, and ease of cross-border trade are positive elements for Indonesian business.

Foreign investors can own land 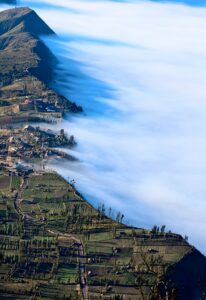 Foreign entrepreneurs can become permanent or temporary residents in the country through property ownership.

As of 2015, foreign entrepreneurs can legally own land in Indonesia for three purposes: to build (Hak Guna Bangunan), to cultivate (Hak Guna Usaha) and to use (Hak Pakai).

Hak Pakai allows foreign entrepreneurs to buy houses and apartments in the country, and become permanent or temporary residents, or even incorporate a buy-to-let business and invest in property. Only entrepreneurs with a local or foreign-owned company or a valid work and stay permit (KITAS) can apply to Hak Pakai.

Indonesia has one of the world’s fastest middle-class citizenships. According to McKinsey, it is thought that 90 million Indonesians will join the ‘consumer class’ by the year 2030. If citizens have higher levels of disposable income and develop more sophisticated tastes, new opportunities arise for businesses in the luxury goods and commodities market. Those who rely on imports will be particularly well-endowed with customers. According to World Metres, the median age in Indonesia is 28.3 years, which offers significant demographic dividends for businesses in the decades ahead.

Barriers to entry for doing business in Indonesia

Indonesia can still pose some challenges for businesses entering the market. Consequently, many entrepreneurs stick to well-trodden routes such as expanding into China or Japan. However, entry barriers may discourage businesses that do not have a global vision and those who are complacent when it comes to their growth.

Consider this an opportunity rather than a setback; if fewer Western businesses are entering the market, then there is less competition, making it easier for you to succeed. The key message here is to have patience, and seek expert local assistance to guide you through the expansion process.

More than 700 languages are spoken in Indonesia, and whilst the majority use Indonesian, the good news is that the business world adopts the English language. For entrepreneurs operating in major cities such as Jakarta, it is possible to network and do business without having to learn the local lingo or invest in a translator, although you should learn to get to grips with Indonesian business culture which can be very different to that in the West.

Do business in Indonesia with Biz Latin Hub

Indonesia is the world’s fourth most populated nation, with more than 250 million citizens. Its population is increasing by more than four million people per year. With a large proportion of working-age citizens and an abundance of opportunities and natural resources to capitalize on, the country is a top choice for your expansion.